HUMUSSapiens and the Life-Cycle of Soil, Food and Microplastics. Let's grow, dig, cook, eat, and think about the food-chain. Soil is life and we believe that diversity is the key to creativity and innovation. Humus Sapiens is an open source research project and an intitiative to create an international network with soil enthusiasts and biohackers. In this soil-retreat we gather people from around the world and different backgrounds to share their knowledge and diy-methods to create workshops and concepts around the topic of soil. Scientists, artists, pedagogues, ecologists and farmers work together to develope new strategies and tools for the study of soil and farming technics and to share their results on a open plattform for further research. The Global Hackteria Network, Gasthaus: Fermentation and Bacteria and the Society for mikroBIOMIK gather their sources to rethink the way we deal with our mother earth.

See more on CO2 Soil Respiration Chamber and Soil Geeking @ Lifepatch with Matt. Also some info on the hackteria blog. 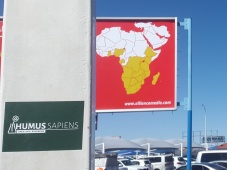 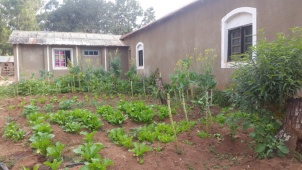 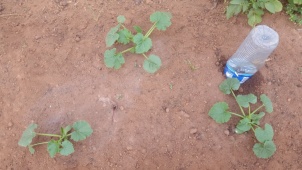 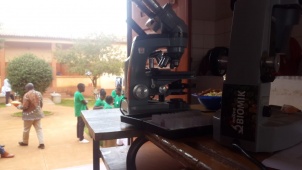 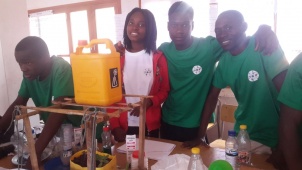 soil analysis for a permaculture project on zanzibar: 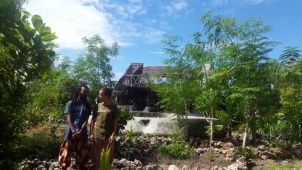 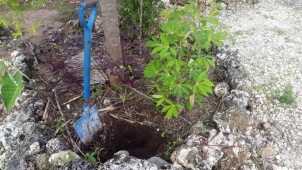 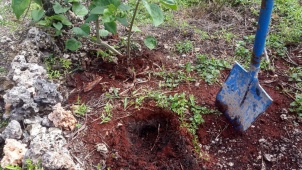 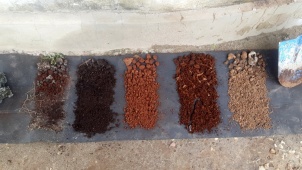 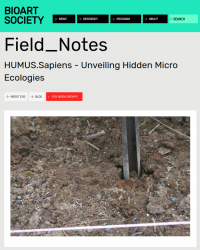 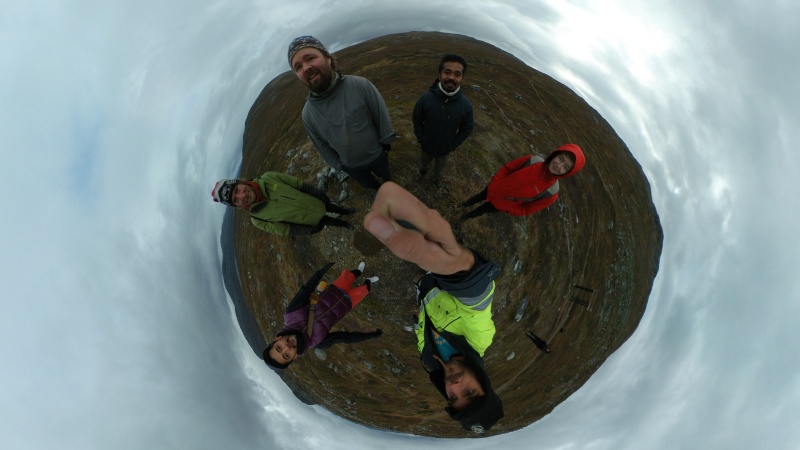 Notes from our explorations in Kilpisjärvi are on HUMUS.Sapiens-Field_Notes 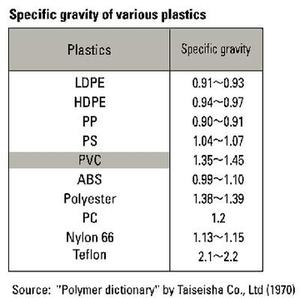 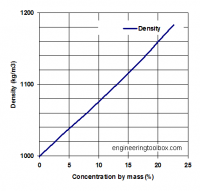 Most microplastics are made from PP, PE, PS

Good video on how to sample microplastics:
https://youtu.be/FJ36Gt6Rn0k

We won’t save the Earth with a better kind of disposable coffee cup, The Guardian 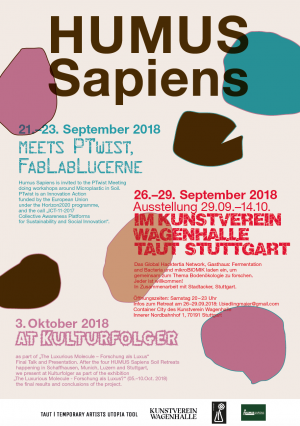 Link to think about further ideas: [[3]] 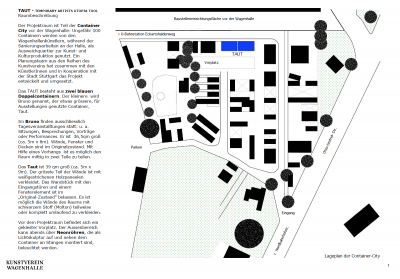 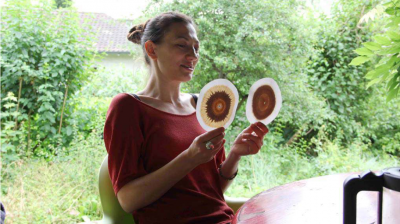 Circular Chromatography is a chemical method to create soil testing through a photographic process. It is a DIY-method, cheap and available and is used amongst biodynamic farmers to visualize the vitality of soils. The Circular Chromatogrpahy method creates drawings which can be visually interpreted as paintings, and by comparison. The workshop intends to shift attention from a quantitative modality to a quality of seeing and thinking.

Together with Emanuela Ascari from Croma-Lab we develop during a two days workshop our own soil chromatographies which then can be interpreted by visual comparison in the group. To participate please bring along a sample of soil from your interest (urban garden, commodified soil, polluted soil, farmland soil, home garden soil). Seats available up to 8 participants.

Collecting instructions: the earth has to be taken from about 20-25 cm below the surface, in the quantity of at least one handful, and to be dried not in the sun. It has to be completely dried.

Far more than just the dirt under our feet, soil is a truly complex and dynamic ecosystem. It is a constantly changing mix of minerals, living organisms, decaying organic matter, air and water. It is the living skin of our planet, allowing new forms of life to come into being, incorporating the nutrients left there by organisms of the past. Soil is bursting with life and can be vastly different from one square cm to the next. From plants, earthworms, insects and fungi to the invisible amoeba, nematodes, algae and bacteria – each creature provides their own essential role in the soil ecosystem.

This workshop is about playful learning, curiosity driven research, muddy hands and the exploration of a miniature universe. We will go out to collect samples, learn how to prepare them and use microscopes to dive into the world of those marvelous creatures.

Just bring your own sample (if you want), curiosity and at least 2 hours of your precious time… 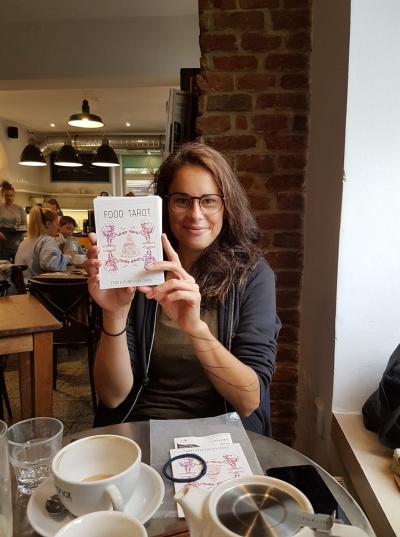 The workshop Fermenting Speculative Food Histories invites you to experiment with various hands-on fermentation techniques and make your own jars with microbial delicacies like kombucha and kefir. Workshop initiators Maya and Marketa will share methods, ideas, grains, and scobies that they gathered during their fermented trips around South-East Asia, Switzerland, Central Bohemia, Tasmania and Indonesia. Understanding fermentation as an intrinsically speculative act, we will complement the hands-on workshop with collaborative crafting of fictional food stories. Using techniques drawn from speculative and critical design, we will explore the diverse and uncertain histories of the age-old fermentation tradition and extend them with our own speculative interpretations.

In the Caucasus people say that kefir was first made by Gods who ejaculated into the milk. Chinese rice wine makers prevent their wine jars to come in contact with menstruating women. The blood, they believe, is too disturbing for the yeast. Many Bohemian fermenters talk nicely to their bubbling jars to help the ferments grow. But what if all that isn’t exactly true? What if rice wine yeast actually loves blood? What do all those Bohemians actually whisper to their ferments - are they using their jars as cheaper microbial psychotherapists whom they tell all their heavy stories? And why would someone harass a milk like that? Since we weren’t there when those myths happen and we cannot fully inhabit the past, we cannot know. But we can speculate about it.

At the workshop, we will craft our own versions of past, present, and future food mythologies. Each fermented jar will be complemented by a scenario describing not only what the jar is, but also imagining what it could be. Alongside such fictionalizing, our jars will become fermented prototypes of speculative food realities; embodying our own handmade edible mythologies. To further support our imagination, we will use the Food Tarot cards deck (http://materie.me/foodparlour) that presents 22 ‘speculative diet tribes’ symbolizing various experimental ‘not quite yet’ food practices. Food Tarot tribes such as Gut Gardeners, Monsa[n]tanists, and Ethical Cannibals raise questions about the complex, messy realities of everyday food worlds and provoke imaginaries about possible alternatives. Workshop participants are welcomed to contribute their fermentation resources - edible, practical, or imaginary. Bring and share your own ferments, instruments, ideas, techniques and anything else that makes up your fermentation practice.

What: The global Hackteria Network, Gasthaus: Fermentation and Bacteria and mikroBIOMIK invite to a next chapter of open soil retreat Research and share knowledge during a four day happening with public workshops and discussions. Everyone is welcome! 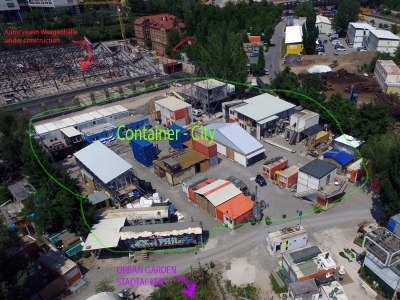 I intended 2018 to be a year of fermentations.... I imagined doing a lot, of bootstrapping, of waiting for the seasons of the elderflower and berry. Of supping the berry wine from late 2015, and making a new one. It didn’t go according to plan.... I watched my elderflower grove being destroyed by developers, I collected elderflowers to make a syrup, and it self fermented. I collected berries from sacred urban groves but didn’t quite get there. I found new elder trees, that I will visit again in 2019. My life went through a catalysm, and I found myself brewing a herbal leminade made from herbs and lavender in a high security mental facility. My first ferment was far tooo crazy..it was chucked by the cleaning ladies. The second one became a pond for a while eventually growing a crop of mosquitoes. It was a year of wild eating and wild water, sage and herb from the allotment, water from whatever place, accidentally imbibed insects as I inhaled them on bike rides at dusk. It was not a year of bio-safety, but a year of re-enervation of a microbiome. That got me happy, also destroyed a number of self limitations, I did not “limit my yield”(Permaculture term) for the first time. The 2015 elderberry got thrown out by mistake by a friend helping my wife clean the family home, where I no longer lived. My appreciation of trees grew, and of appreciating groves and knolls, of spotting places that pre-historic peoples would have used as their fire protected habitations. Of seeing arrangements, of finding new places for thinking, of thinking of relations between pagans, romans and Christians, witches, shamens and herbal lores, around Newcastle, Ireland and Germany And then.... Stuttgart, Container City, Taut – an art agency, A little neighborhood bar Keviks Staal Werks,the venue Neu Chatel and the Recording Studio of Re:. Places of Cognition, or conversation. Places where 4E was apparent, I thought with my brain and my body, and my environment, and in turn the environment thought me. I found places and people there, that I recognised from feelings of childhood. They reminded me of the children of my parents friends. Or maybe my intense Nostalgia bent reality a bit around me? Sending comfort in a strange situation. That separation from Newcastle(my chosen city) and Adelaide(my birth and extended childhood one), allowed an appreciation. I became a probe of myself, an expert on “what it is, that Brian need to survive and thrive”. These Stuttgart things of wine culture, the burning/bbq culture and the culture of sausages and lizards was familiar as an Australian who grew up in a little catholic Europe in Adelaide of emigrants from Italy, Greek, Poland, Uk and Lebanon, Turkey, Vietnam, Sri Lanka. The realisations were manifold. …. I could have crushes without having to do things, I recognised that a shopping centre was a modern environment, akin to a savannah. I needed far less than I thought initially. There was times of fire, of entanglements, of incomprehensions, of not knowing the language or the conventions, of stepping on peoples toes, of testing the new collaborations and connections, of serendipities and happy accidents.

So Humus Sapiens: I was a mess, it was like a homecoming. Tricky transfers, flat batteiries, unhelpful people, and then crunching down the metaled rocky road, to a place that looked strange, and seeing familiar faces, and people that would be familiar forever now. To come into a shared candlelight dinner, realising I was back amongst friends and kin and my tribe of hacker-maker-thinker-SCIartists

The conversation was deep, connecting down at the bare metal of the HomSapiensBios around a fire. Just coming out of a long-term relationship, where I was blind to how I had withdrawn too much, how I had circumscribed myself, but how that was taken for granted as the status quo.

Humus Sapiens is a radical project, it attempts(with gentle suggestions, convivial settings, and fermented products) to recentre the focus not on the human as the Primary Actor, but on these processes that move through us and move us. It is supposed that bacteria are like our toolkit....they allow us to adapt as individuals in Real Time to changes in food availability, toxins in the environment, food competition, light levels, stress levels and etc. But we also recognise that backterias may have had a big hand in the inventions of humans, or things that think with their Brain rather than just their guts and stomaches.

It was quick few days, of herbal gatherings, food and an opening, And then I went to Zurich, I returned for a emotion finding reason, but stayed for the party and the fermentations....and for my own testing[self-test] of the metal, and to take the waters, Ah the waters, these highly mineralised waters that had been worshipped as life giving from before the time the romans set up in Badd Canstatt. Ah the Spa/Sauna....the first time I really took the waters in 2018. I had been to the North Sea, and had been baptised, slipped and gotten wet feet in the allan, and the north sea. But not full immersion till then.

Back to Humus Sapiens, the Dissemination in Zurich was strange, “they” didn’t like my talk. I was wrong footed and came across antagonistic. I think we were just talking about different things, they about philosophy(without religion), and me attempting to talk about the viscera, of how a ferementation meal has the real ability to transform. They, the fine artists didnt “get it” It is not just a meal, not just a performative act that finishes when you stop, it is living ancient technology that may shift your microbiome over the next weeks. You become the meal, the meal processes you, you are the one eaten and shat out slightly new. 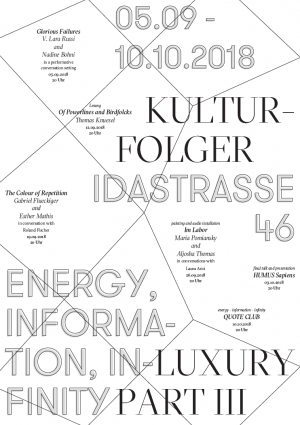 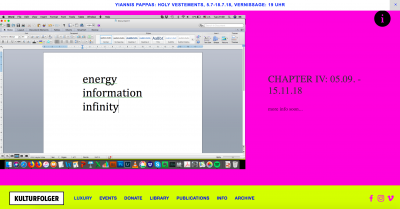