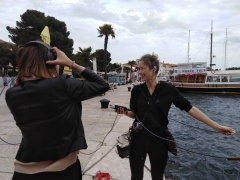 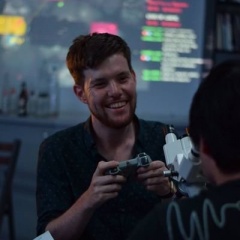 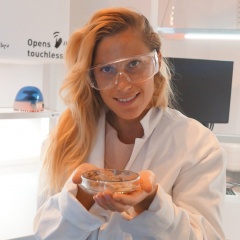 Eleonore Eisath grew up close to nature on a small farm in a mountain village in South Tyrol. She has always been passionate about animals, plants and the processes of nature. After graduation from a business school in Bolzano she studied chemistry and later discovered industrial design and completed here bachelor studies at the IUAV in Venice in 2014. Eleonore then worked as a designer in a studio in Bolzano, before she went to Oceania for a year and then traveled through New Zealand, Australia, Malaysia and Thailand and got to know all sorts of interesting people there. After here return to Munich in 2016 she applied for a master's degree at the TU Munich. In the first semester already, she came across a paper that dealt with the biotic decomposition of plastic, and since then she can not let go of the idea.