How to edit this Wiki

Please try and learn how to use this wiki! 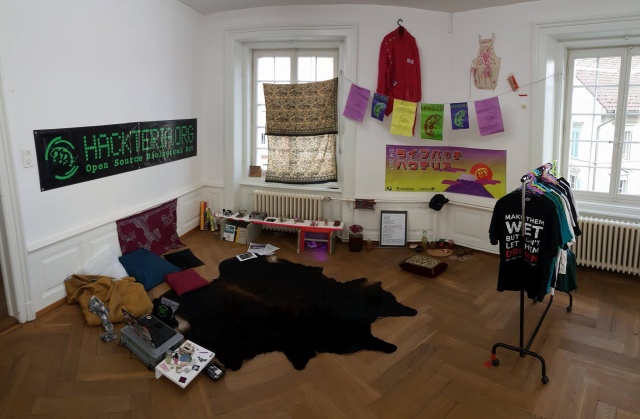 In Switzerland, India, Indonesia and lots of other locations, artists, scientists, musicians and nerds have been working together since 2009 on the ‘Hackteria’ network. Founded by Marc Dusseiller (Zurich), Yashas Shetty (Bangalore), Urs Gaudenz (Lucerne) and Andy Gracie (Barcelona), with the goal of embedding animate material such as bacteria in artistic processes, ‘Hackteria’ has grown into a hub for the free exchange of knowledge in the fields of biotechnology and bio-hacking, thereby spawning hundreds of workshops, instruction manuals, and experiments spanning several continents. Biotechnology is generally associated with major pharmaceutical companies or universities but, here, it is made tangible and easy to grasp, not least because talk is often of traditional biotechnologies, such as the art of fermentation. Projects range from making cheese to mobile laboratories, from robots to malaria vaccines, to say nothing of advances in genetics and nanotechnology. One long-standing attraction, for example, is a digital microscope from a converted webcam, which has played a role to date both in audio-visual performance and academic research laboratories, and is still under constant development by the community. Hackteria is a lively example of what can happen when knowledge production and exchange are respected as a common resource, accessible to all; and it thus marks a major contrast to the covetous concentration and commodification of knowledge by a handful of corporate giants, such as Google & Co.

From the exhibition in Langenthal, Switzerland, 2017

As a platform for knowledge sharing and artistic exploration, Hackteria constitutes a network of artists and researchers that merge the use of biotechnologies with hacking and do-it-yourself strategies. Its process-oriented and performative approaches, opposing to the materialistic imperatives of the art market, lean to the tradition of political art. In the present paper, I am arguing that Hackteria embodies what could be considered a neomodern activism, other recent examples of which are emerging within the new media art field. Instead of rejecting new controversial technologies, they propose a vision of a society that is moved forward by a more democratic use and discussion of these technologies. The activities of Hackteria are examined through the presentation of a bio-lab created in Ljubljana.

The roots of Hackteria: from performative art to tactical media.

The events organized by Hackteria are rooted in a long tradition of media art, as well as process-oriented and performative approaches. Performative art is not equivalent to process-oriented art; as Andreas Broeckmann correctly pointed out, “it only makes sense to speak of process-orientation in cases where the evolving process itself is a main factor of the aesthetic experience of the work.” [4] Nonetheless, neither performative nor process-oriented art focus on the creation of a finite product, a distinctive trait of the activities run by Hackteria. Furthermore, the BioTehna project, for example, share both performative, interactive and process-oriented qualities, for it is not the lab as such that is meaningful to the artistic intent of the group but rather the process involved in building and running it. 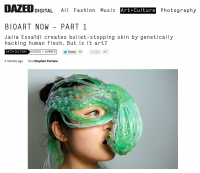 „... On the global stage biohacking collective Hackteria has lead the way on demystifing bioart and providing people with easy practical ways to engage with it. Formed in 2009 and featuring chapters in Europe, India and Indonesia the Hackteria Wikipedia has become the de-facto resource for all budding biohackers. The interplay between biohacking and bioart is particularly fluid among Hackteria affiliated practitioners. “Hackteria is not, generally speaking, about finished products or finished works. The bioart just happens, but is not the primary goal” said Hackteria co-founder Marc Dusseiller. Some of that 'incidental bioart' has been quite sublime. -....“

„...The Hackteria flavour of bioart and biotech education is particularly visible in Indonesia, where sister organisation Lifepatch complements the bioart residencies hosted by media-art lab the House of Natural Fiber (HONF), helping underfunded school students with such ingenious hacks as converting a webcam into a functioning microscope. At HONF in 2010, Julian Abraham and others initiated a project aimed at creating a safe form of fermentation based on tropical fruit, after the Indonesian government raised prohibitively high duties on alcohol. After leaving HONF, Abraham continued the theme, creating sound-based bioart pieces under the name Kapitän Biopunk. He provided workshops in homebrewing alcohol to accompany his Fermentation Madness, a sound-art piece that converts the processes of fermentation into an interactive soundscape. -....“