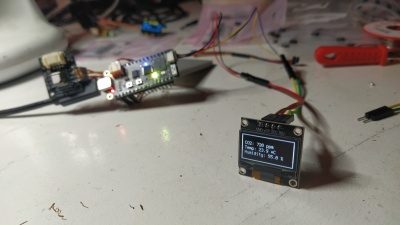 With all the libraries and examples prepared by sensirion and Adafruit, it was easy to connect it all together using the FeatherS2 and CircuitPython. A first prototype is connected and working. 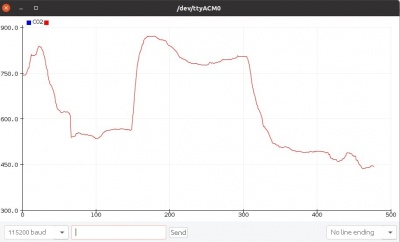 First measurements look promising, very stable, relatively fast response times. The library is very easy to use, auto-calibration has to be turned off. During the start of the code you can adjust a temperature_offset to calibrate the temp sensor. Additionally you have to adjust the pressure or altitude to where you are doing the measurement, altitude offset (default hardware is 0m). First experiments show that this is pretty crucial, details will have to explored and discussed with the sensirion tech team.

Serial Plotter and how to get dedicated soil resp data

Started to use this tool tauno-serial-plotter to plot data and export .png or .csv for further analysis / storage. 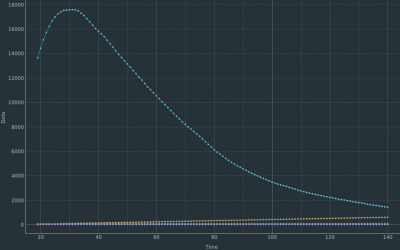 Opening up the sensor

What is inside? As described on the sensirion product page, the new sensor works on the "photo-accoustic effect". So it's similar, but also a different method, than other NDIR sensors.

It's pretty easy to understand what's under the hood for the SCD41. There is a signal-processor, to read and control the sensor components and communicate to the outside via I2C, there is the "classic" SH40 temperature & humidity sensor, and now... There is an IR emmiter with a dedicted filter on it and a MEMS microphone. Everything is enclosed within a small metal case, with a hole to the outside world and a particle filter stuck onto it.

The files "as ordered" are available on github: https://github.com/GenericLab/UROS-CO2_brkout 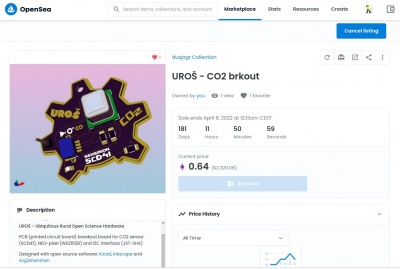