Seeds of Contend / Bioassay in your own dirt 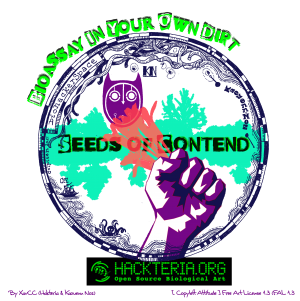 Here we are! Let's have fun together and sprout some stuff that shift to make that consists in no longer considering agriculture as a plague, a sub-work to be delegated to a minority and the importance of not taking yourself too seriously.

"A series of regional events combining a residency of variable duration on site, as well as a research laboratory (garage bio / grassroots biology / field biology) and production, a local awareness and a gathering of actors being usually invisibilized of the sector of activities of market gardening and agriculture and in the squats of undocumented people ". 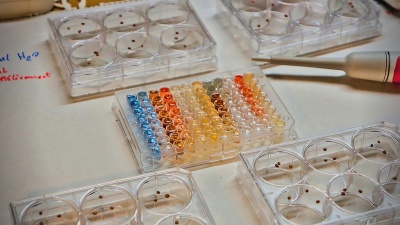 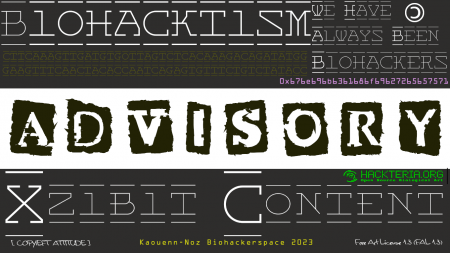 In the medical Papyri of ancient Egypt, especially in Papyrus Berlin 3038 it has been deciphered and documented writings about the use of seeds for the "detection" of a condition, or change in quality, through human urine. For example, in the case of the first recorded pregnancy test was written around 1350 before the current occidental calendar :

Where our intent comes from

We met during a Thursday night at Kaouenn Noz Biohackerspace (Rennes city, Brittany, France − 2023/01/19). Some of us where had participated in various events over the past 10 years (see list above) and others were coming for the first time. The atmosphere and the collective energy pushed us late into the night, until it was discussed to "make small stuff (together) and to (dis)assemble bunch of pieces". We came from several countries and several regions, we wanted to do this across borders (states, disciplines, frames, boring stuff, etc.).

Some of us where already close to Hackteria and some would like to take a step to the side and so on and so forth.

During this night different small groups had worked on the fluids of the human body, on the bioassay based on seeds for water quality, the diagnoses, pixelart / bioart, the music of ambience; and especially to tell stories of our political / power relationships, personnal/collective stories and History of science and techniques and also of the teaching and the Research.

So we decided to join Hakcteria and share some of our works and documentations here.

Thus we launch regular meetings in Brittany, mainly in Rennes, on the relationships to the intimate / fluids of the human body and (hope/promise) result (opening a diagnosis of state (more or less ramshackle))

Let's start by trying to produce experiences similar to what others before us have lived millennia ago.