Difference between revisions of "Pechblenda" 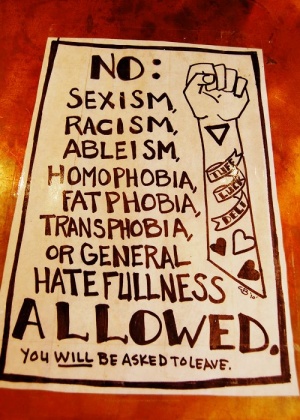 In Pechblenda macho attitudes, assistentialism, invasive and patriarchal behaviors are NOT welcome. Sick of the filthy dust, montonous and boring, of stagnant, unbreathable, competitive and excluding environments, of semi-free information which is actually totally controlled, power and decision of hunched up egocentric and infantile machos. Tired of repressed, impenetrable and homogenous bodies, we are resetting and migrating our bodies, modificable codes, lubricated and fluid, far from this sad landscape.

Photocatalysis with nano-structured titanium dioxide (TiO2) promises to be a new solution to the drinking water problem because it only uses visible light from the sun and it doesn’t rely on electricity or expensive equipment. Scientists are working on how to put the method into practice and how to scale up photocatalytic water treatment.