The first diagram is the immuno-bacteria. Following it is the way it is used to clean water that has water borne-diseases and produce drinkable water. 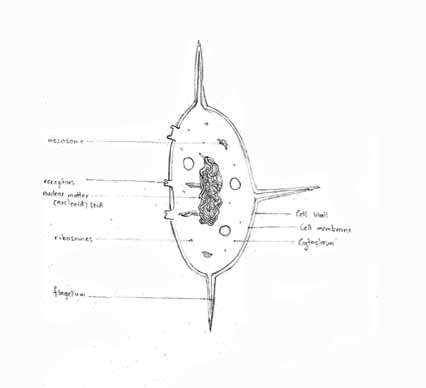 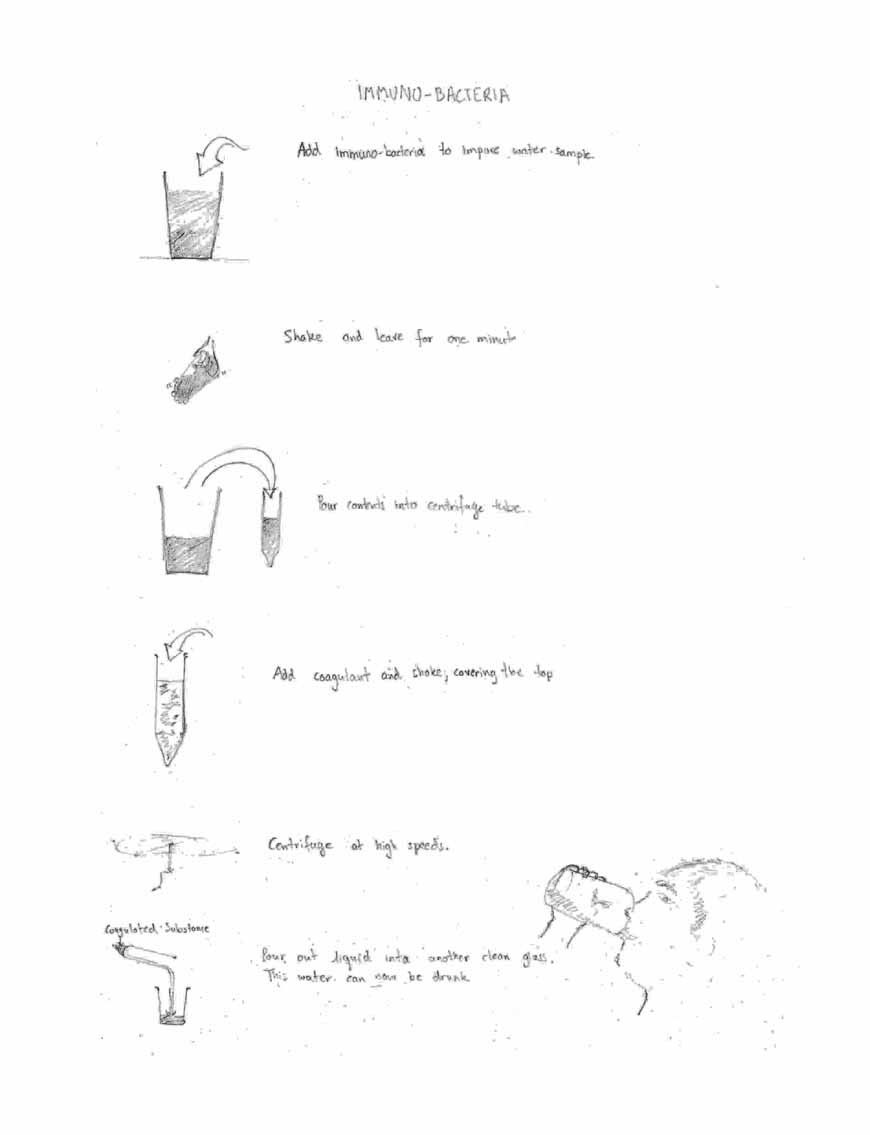 As an introduction to all our efforts: Mit and what we are doing[[1]]

I am beginning to think about electricity conducting bacteria. There could several applications of these modified bacteria. I think starting from simply producing electricity, something that is been studied now, we could eventually create a micro-processor that is living and can adapt to meet system requirements. It would also power itself and make it independent of external power sources. As a third advantage, you could provide the bacteria the garbage in your house/environment.

An interesting article:Bacteria with wires[[3]].