Difference between revisions of "HLab14-Exhibition" 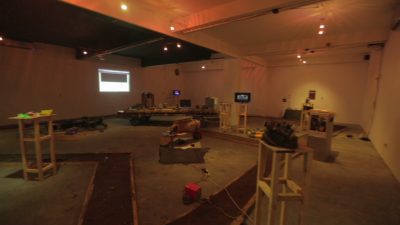 A two-weeks intensive gathering of researchers, artists, scientists, academicians, hackers that is making-orinted.

What will they be making and for who?

They are free to make anything along their own disciplines and practices within the setting of three active local community projects (Mount Merapi by Microbiology Laboratory of Agricultural Faculty in Gadjah Mada University; city river’s environment by Lifepatch; and Wanasadi Forrest by Green Tech). These existing projects is put on the table as cases that have been mapped out, in development and are open to multidisciplinary input from more than 40 participants of #HLab14.

One of the starting point in appreciating art is by recognizing its making process and materials. But this exhibition does not offer explanatory texts as captions though the works are highly influenced by a variety of non-art disciplines, both by materials and in its making process. Those specifications are accessible in Lifepatch.org and Hackteria.org; or simply by following our QR codes. 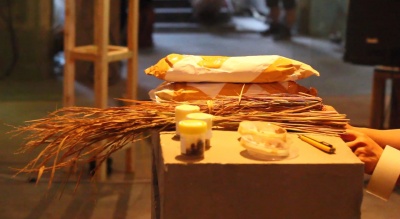 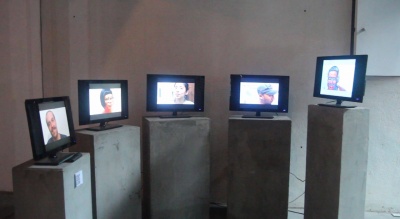 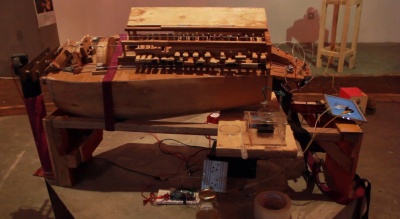 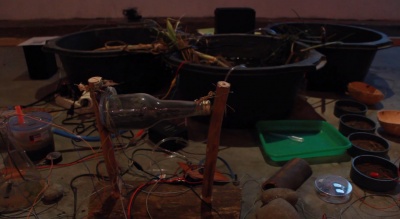 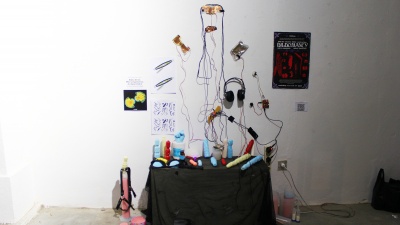 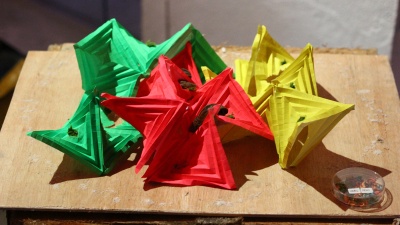 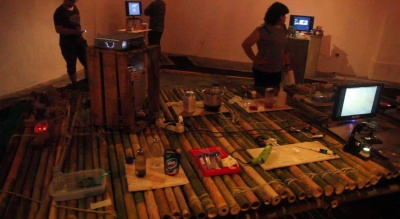 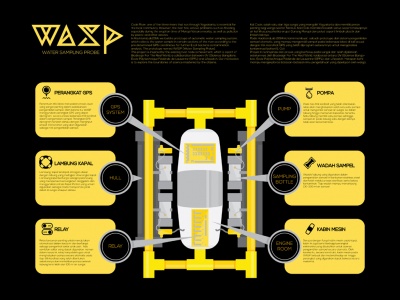 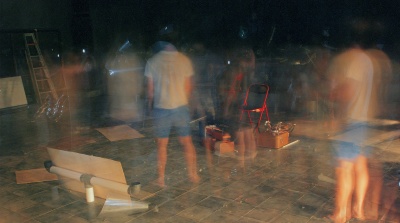 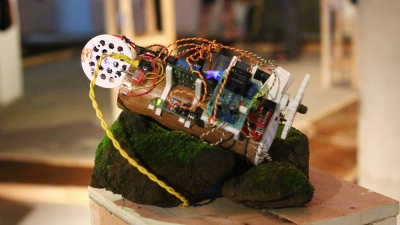 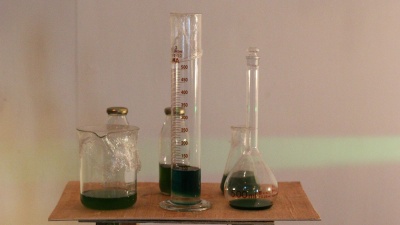