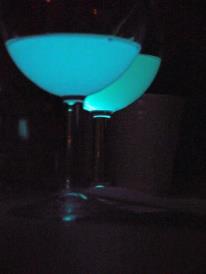 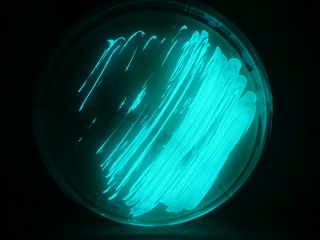 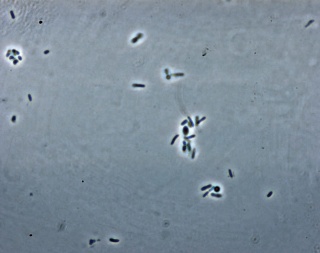 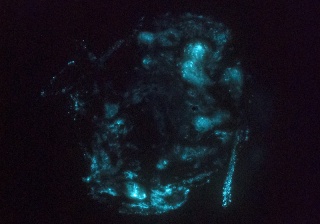 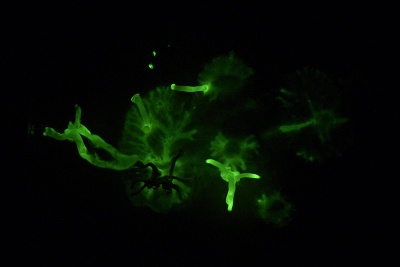 A team of Russian and Japanese scientists has now unravelled the previously unknown chemistry responsible for the glowing fungi. The team was able to identify the luciferin precursor as hispidin, a fungal metabolite known to be a strong antioxidant. What makes a fungus able to luminesce isn't hispidin alone; it is the ability to produce the two enzymes necessary for bioluminescence. The researchers were able to extract these two enzymes from the biomass of luminescent fungi: The first is hispidin-3-hydroxylase, which converts hispidin to the actual luciferin, 3-hydroxylhispidin, by means of a hydroxylation reaction that also involves NADPH. -> Fungi get the green light: Chemical basis for bioluminescence in glowing fungi uncovered 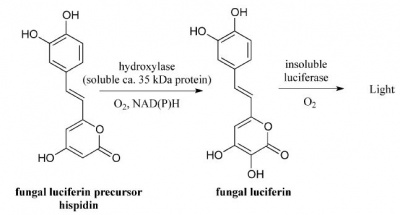 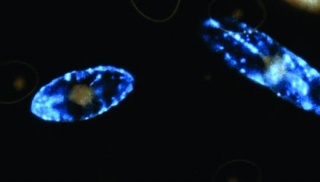 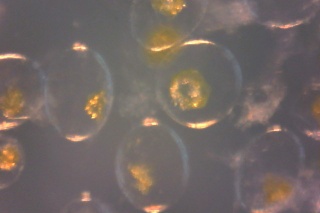 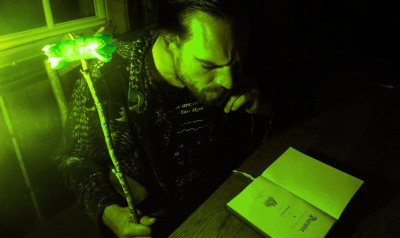 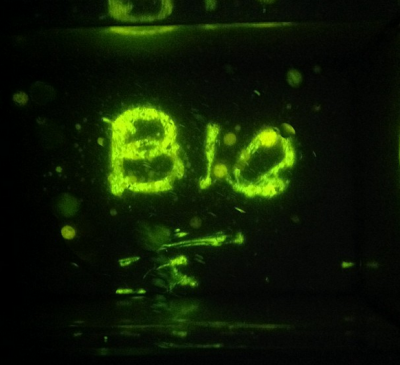 «Bioluminescence from the supermarket» at studio Baggenstos/Rudolf in the context of the Glühwürmchen Festival, Zürich 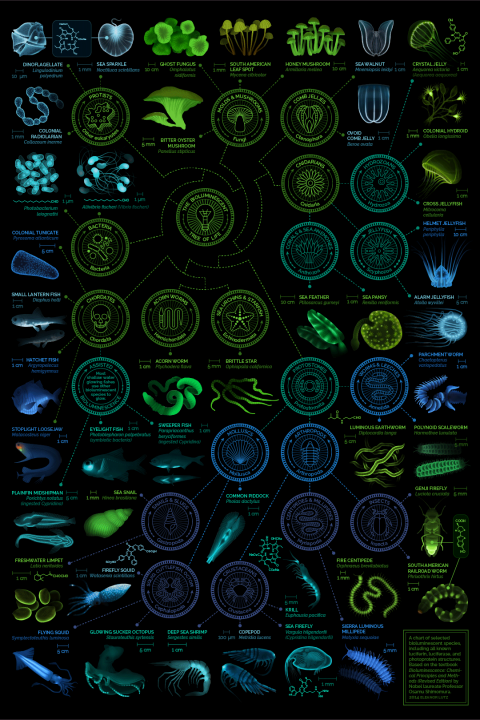