Difference between revisions of "Akustikologi" 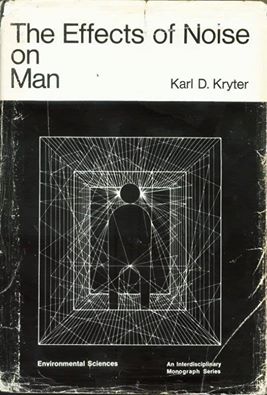 Akustikologi is a music project that provides a collaborative platform for artists, musicians, scientists and hackers to arrange and improvise musical compositions according to each own disciplines. This project challenges the participants to not use any kinds of electronic amplifiers for a collaborative compositions in order to recall our hearing sensitivity —as we are mechanosensitive beings— amidst our noise-polluted environment.

Noise pollution, is the changes of the structure (compositions) of our environment due to excessive noise, affecting the life quality of living beings surround it. Sound pollution can be caused by natural phenomena or human activity. Rapid technology development and the population growth is instantly making noise pollution is generated by human daily activity. Indirectly, sound pollution can affecting physical and psychological health of us humans, such as sleep disturbance, stress, hypertension, and hearing loss. The last symptoms defined as Noise Induced Hearing Loss (NIHL).

NIHL commonly happened due to damaged or death of the hair cells on the basilar membrane (the base for the sensory cells of hearing). Unlike bird and amphibian, damage or death of these hair cells is permanent in mammals (humans included). Until now, there are no technology that can regrow these hair cells. For that, the only way to keep our hearing sensitivity is to recognize the sounds around us and know its power limit.

Collaboration Performance of the Participants

Suggestions, ideas, or thingys for the future

2. Make DIY earplug ? (Need to find a fine, flexible, versatile material for customize DIY earplug, so it can fit on everyones ears)

3. Make DIY analog records player ? (Don't know why we need it, but it's cool to have one, or to make one)

4. Make DIY parabolic microphone ? (Cool device to have when we go out to the forest for cricket hunting, cicadas hunting, bird watching, or eavesdropping other peoples conversations)

5. Make DIY hydrophone ? (This is what all CEO's from every mobile phone company ask to their engineer : " can you make it water-proof?")

6. Change our ears into fish ears or amphibian ears ? (at some point, we don't need to worried about damaging our ears)

8. Ask Stelarc opinion about Wukir going to implant the guitar bamboo on his left hand ? (Y U NO HERE?)