A classic and much discussed experiment on Psychokinetic is described in the paper "Psychokinetic Action of Young Chicks on the Path of An Illuminated Source" by Rene Peoc'h. The paper is published by "The Society for Scientific Exploration", an organization of scientists and scholars who study unusual and unexplained phenomena and subjects that cross mainstream boundaries.

"In an initial experiment (Peoc'h, 1986) was established that young chicks aged from 1 to 7 days could attract towards them a robot controlled by a random generator"

Believe it or not? Science is not about believing it's about testing, observing and understanding.
So let's try.

At the HackteriaLab 2014 we had by chance the perfect condition to carry out this experiment. 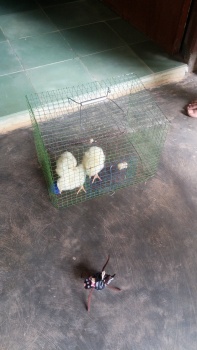 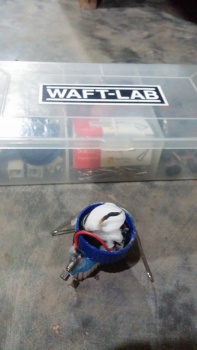 So we mounted a small candle on that robot and waited for the night to fall.
. 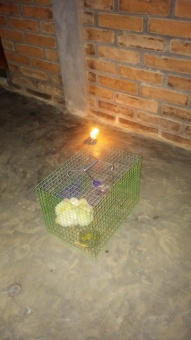 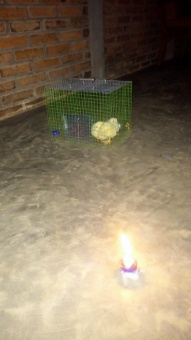 Now what was the result of our experiment. We did not do any precise measurement, we rather observed and judged subjectively.