And here goes nothing!

Ans) An art and design student.

Q2) What am I panning on doing this summer?

I-GEM begins....and i draw a blank. Its like class 12th all over again. DNA, Genes, RNA, GATC and so on....as it goes on I realize that definitions ("text-book" definitions) come back to me in the form of a rather disturbing tidal wave.

"What is Synthetic biology? DNA? Anyone?"

Now we have been out of the "definition" business for over a year now...so I think to myself...."I'm not sure what the right answer for that is, why isn't google working fast enough?" (Trust me I was not the only one)

But at the end of all that groping around the dark to make sense of what I had got myself into...I finally (thankfully) figured out that verbatim answers were of the long gone days, what was more important was that we understood what it meant. Understood what each of those big, long and impossibly frustrating words meant, and we did. Waiting anxiously for what the next day held for us. 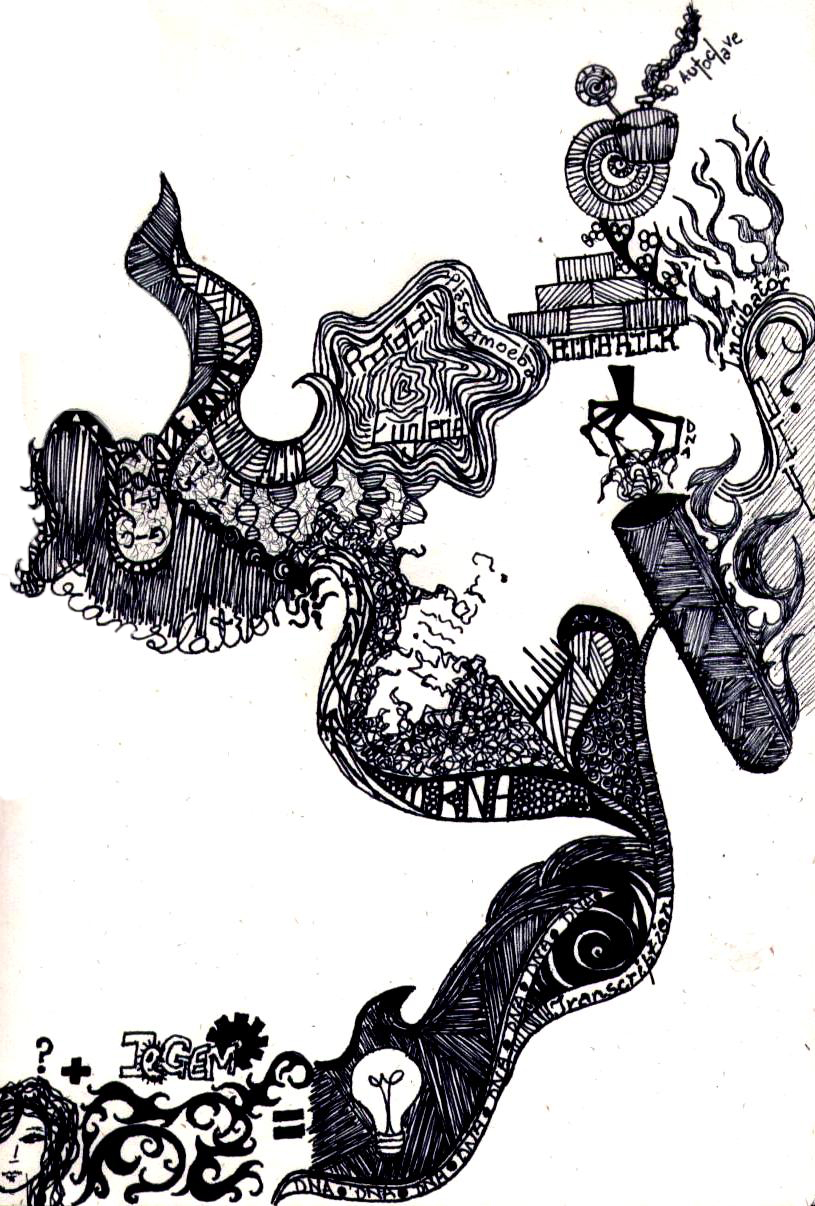 We've all looked at ours or well someone else's cheek cells under the microscope but to see with our naked eyes a clump of our own DNA rising towards the surface of the alcohol and detergent we used to segregate it, was lets admit it extremely exciting. That coupled with our next task - "Destroying our DNA in a ritualistic manner" -just made it all the more fun. 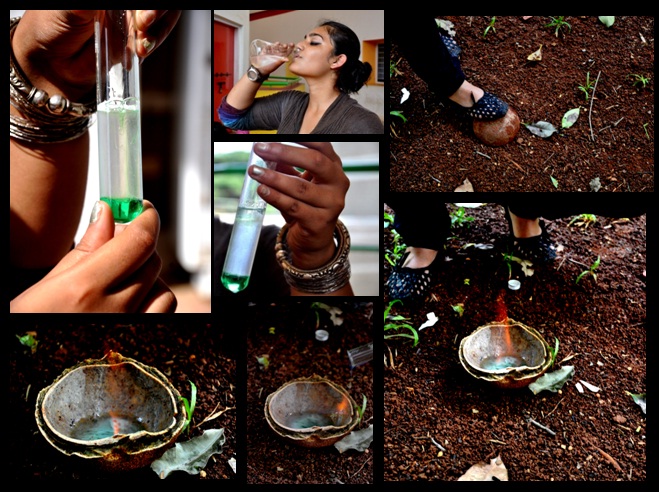 I burnt my DNA in the same alcohol that unmasked it, by segregating it, returning it to its earlier form of invisibility. Turned into ash, destroyed so no one else could see.

Today we wee told that we had to make our own equipment. Microscopes, Autoclaves, Incubators, everything was to be made from scratch and scrap found around us. We named this endeavor "Jugar"...whichh would mean (i think) "make do"...For starters we realized that if a webcam lens was reversed then it would serve as a pretty good microscope. When the initial excitement, of seeing the separate colours (pixels) on Biswajith's computer screen, died down. We went ahead and observed a good about 10-20 things under the microscope.....what we then realized was that we need to work on our microscopes to make sure they work well.....

Things we needed to do:

WHAT IS LIFE ACCORDING TO YOU?

Life is something vague, intangible. It has no appropriate definition, no correct one for sure, but if we were to define life it would be something that would breathe, eat, require to take from its surroundings to "live" and therefore function.If not it would not be a form of life. Everything we deem as living has all these things or requires them in the least. Take for examples plants or even artificial intelligence.

DO YOU HAVE THE RIGHT TO MODIFY A LIVING THING?

I would understand the opposition's stance on this topic. "Who has the right to play God?", right? But by modifying a living thing we are not playing God. We're just improving what we think is wrong with the living thing, and if its making things better then 'Why not?'.

WHAT IS 'DESIGN' ACCORDING TO YOU?

Design is an art, and I'm not using the term art loosely. Art isn't the job for vapid people either, it begins with a concept. A concept that has to be worked on, that is presentable. One that makes sense. One that solves an issue, one which can be as simple as one can imagine.

Day 5 had us watching Gattaca, the movie. Did it make sense? Well in a peculiar way it did. In a way it reminded me about a book I read a while back, Matched. In both the book and the movie, society dictated everything, who was fit who was not, who deserved what job, depending on their DNA composition. Leaving no space for miracles, or just the determined human mind.

What was interesting was that we got a peek into the possible future of humans. About their false sense of "right"....of shutting out abnormalities, not considering exceptions. Everything we wish we would never be like.

For todays assignment we were told to create a creature that has been genetically modified. And this time with the support of biobricks and proteins. 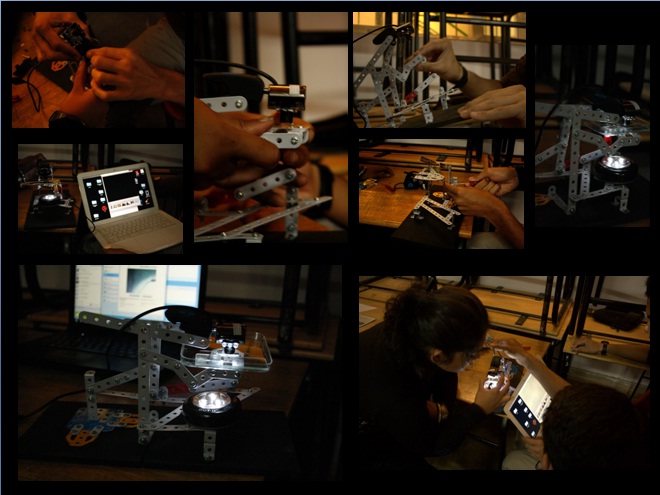 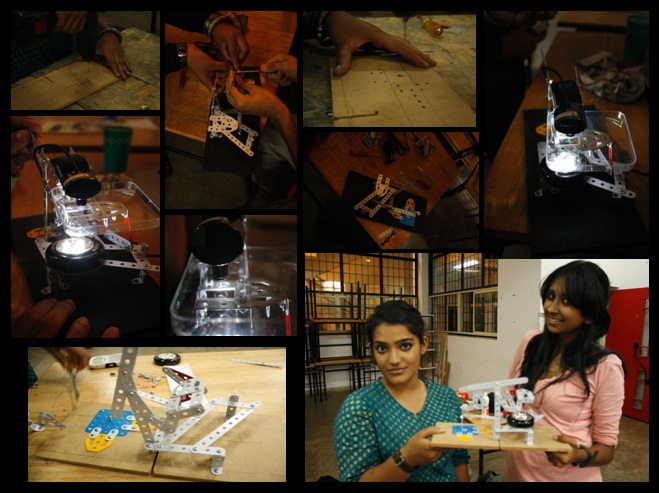