Glow of the earthworm 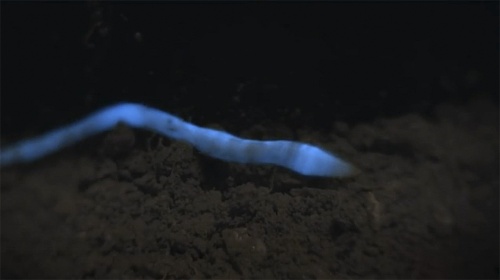 From the book:
Phosphoresence or, The Emission of Light by Minerals, Plants, and Animals
T.L. PHIPSON 1862

"One summer`s night after a rainy day," says the writer (M. Adrien, of Pont Saint-Esprit, in a letter dated 18th November, 1858), "I saw the ground sparkling with a whitish phosphoric light whilst sprinkled with warm urine, and I recognized at the same time the presence of numerous small worms. ... The phenomenon was so curious that I took up some of these worms and carried them into the house to examine them by the light of my lamp. I immediately recognized them to be small Lumbrics, about fifteen (not fifty???) millimètres long. Returning again into my garden, with a lantern, I saw at the same place many Lumbrics crawling upon the ground with their usual slow and regular mode of progression. But they showed no light; and when the lantern was put out, their presence could not be recognized. But as soon as they were in their turn sprinkled with warm urine, the phosphorescence of their entire bodies shone forth and illuminated their wriggling movements."

An observation by M. Vallot, of the Academy of Dijon, as early as 1828:
"I may add here, that I distinctly remember witnessing, when quite a child, the phosphorescence of the earthworm; the light appeared connected with the slimy matter that covers the animal’s body. It was whilst digging at night, in a large dunghill, for worms to supply baits for a fishing excursion that my schoolfellows and myself turned up many hundred Lumbrics in a highly luminous condition; but I cannot recollect in what month this happened."

Amongst the about 7000 known earthworm species, thus far only 40 are reported to produce light. Source: The French National Firefly Observatory & Preliminary results on Flaugergues bioluminescent earthworm

Worms where the whole body shines 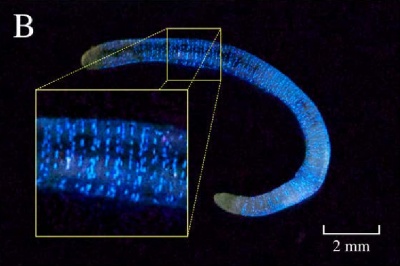 Photography from: A novel type of luciferin from the Siberian luminous earthworm Fridericia heliota: structure elucidation by spectral studies and total synthesis. 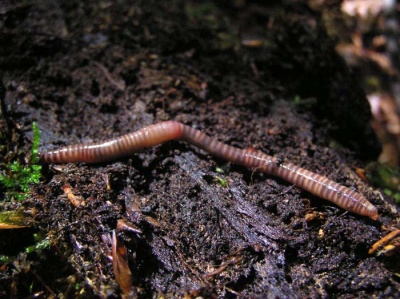 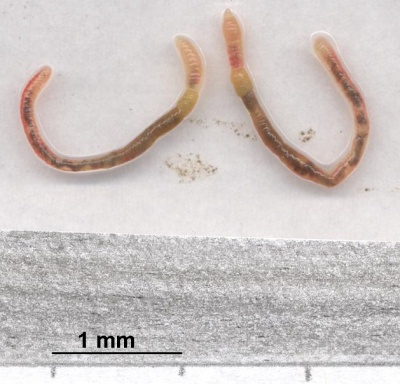 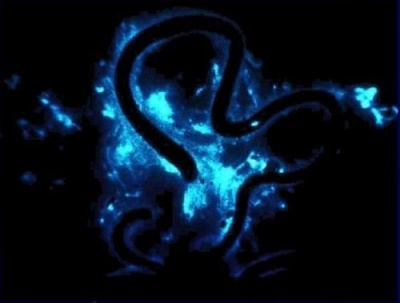