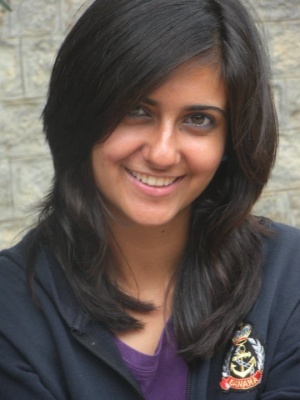 Well, I knew I had to deal with a lot of biology here. I had biology till the 10th grade and i was hoping it would help, but I remembered very little of what I had been taught. We started work today. Being the first day, I came with the very little information that my 10th grade school biology provided me. Through the day I realized there was an abundance of information which we had missed in high school, and we needed to know. Most of what I remembered was either jumbled up with something else or was too vague and insubstantial, and there was also quiet a lot of stuff that came out of no where. Reading everything once again made me realize that there needs to be a lot of hard-work to be put in, and I am prepared for it. We learnt and discussed about cells, DNA, genes and proteins, synthetic biology etc. After a long day in college we got our first assignment today which again requires a lot of research work.

What I did with my DNA

Prayer stones have played a role in spirituality from the moment humanity externalized its sacred visions. I offered my DNA to the stone and in doing this i elevated my prayer, and reconnected my-self with mother earth for a short time. She loves us and loves it when we connect ourselves with her in prayer. 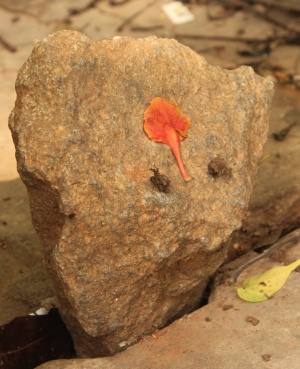 Today, we were told to look into biomedical laboratories and what equipment we require to build one. From the list of equipment’s we all figured out, our groups got to make the Desiccator and Laminar Air Flow by using alternative materials. We did a detail study of both our equipment’s by looking into the functions and understanding the working principles. After lunch Aaron taught us how to make a microscope out of a web cam. It was amazing seeing magnified pixels of the laptop screen but the drawback was that it was not stable. So, now we have to create a microscope that is more stable.

Today, was the first day I came to class before time. For a change it was nice waiting for everyone else to arrive. In the beginning of the class we were asked to answer some questions:

What is life according to me? According to me life is a process which has continual changes such as growth, reproduction, change in functional activities and that turns to dust and ash when they die.

Do you think you have the right to modify a living thing? The interdependence of organisms in its ecosystem is the result of over hundreds or thousands of years of stability. Well, I think improving the living organism by making small modifications could be done without altering its interaction with other living-organisms in an ecosystem.

What is design according to you? According to me design is everywhere, it’s the skill, knowledge and the availability of materials utilized to solve a problem by identifying and analysing it and shaping the setting to our needs.

For today we need to grow bacteria and to do that you need to provide the bacteria with two most important things, food and a solidifying agent. Agar is the most commonly used solidifying agent but we had to find a alternate medium for agar. After doing a little bit of research i used chicken broth-(soup carton or the little cubes that you can dissolve to make broth) for providing nutrition to the bacteria and instead of agar i used gelatin from a grocery store (used to make pudding,just stick to the recipe on the box, but use chicken broth instead of water and no sugar) 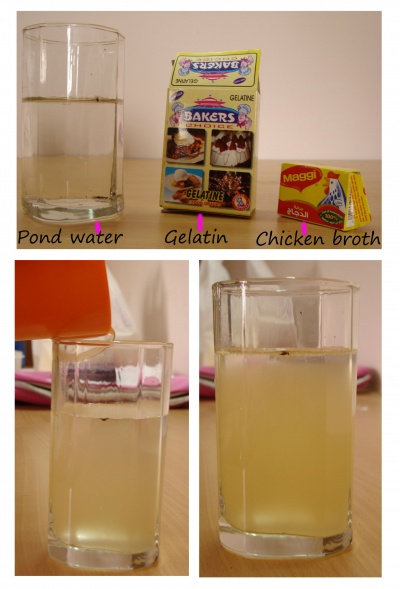 Today, we watched Gattaca. Its an extremely powerful and breathtaking movie based on a strong central idea -- discrimination in the era of genetic engineering -- and one man's will to defy society to pursue his dreams. “I got the better end of the deal. I only lent you my body - you lent me your dream.” -Jerome

I found the Bio-bricks i needed from partsregistry.org to make my previous idea possible. 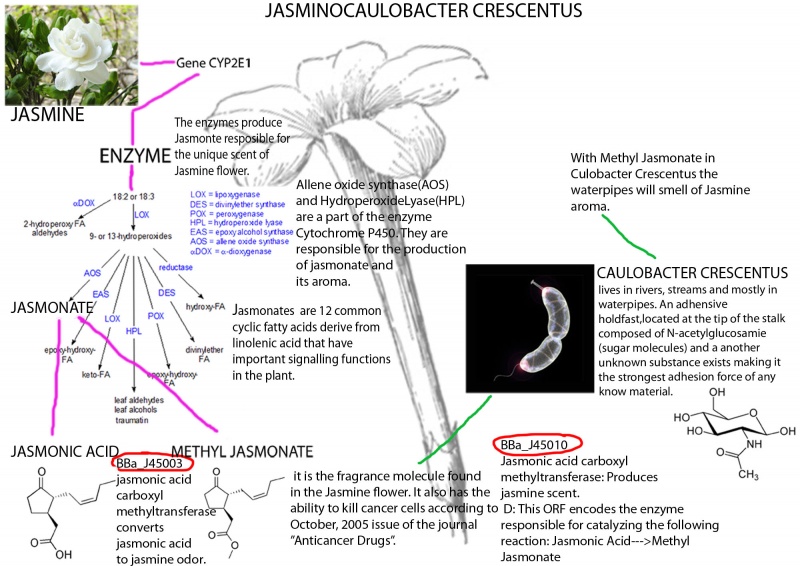 This morning,I read about Bio-bricks and Plasmids from partsregistry.org and after lunch I helped Biswajith to take measurements of the lab.

In the morning i went with Anvita to Durga’s place to collect the microscope and also stopped at the market to get 9 volt batteries, as our microscope required batteries for lighting. In the afternoon we all watched a movie called Shivers(1975). The Canadian director David Cronenberg's features a modern isolationist society with parasites. The movie has an interesting concept as Dr. Hobbs a research scientist is trying to create an aphrodisiac parasite, by which he can replace organs in the bodies with parasites. Parasites, which can take over the same function as that organ in the human body but when his experiment went off-center, he decided to kill the girl he was experimenting on and himself not knowing that the girl was a promiscuous, and had infected many male tenants in the apartment. Soon one person after the other is infected by the creepy parasite. It's an interesting film, and a lot can be drawn from it. It shows the viewer what would happen if an infection spreads in a highly controlled environment, highlighting the consequences of any modifications made in any organisms and it does usher in a new vision of society, undeniable and inescapable.

The day started by watching an interview of David Cronenberg, which i missed as i was late for the class. After that we watched an interview of Richard Feynman. In the afternoon, we also watched two videos on genetics. The videos spoke about the history of genetics, the molecular structure and function of genes, with the pattern of inheritance, which began with the work of Gregor Mendel. He observed that organisms inherit traits via discrete units of inheritance, which are now called genes.

After finalizing the structure and the material of the Laminar Air Flow. We spent the morning in buying- plywood, acrylic sheet and hinges. After getting the material, we finally started working on it in the work-shop. The semi-circular part of the Laminar Air Flow is going to be made up of 2mm Acrylic sheet, which would later on be molded into a semi-circular shape using a hot air gun on a wooden base of 3 feet by 2 feet and wooden sides of 2 feet by 1 feet. 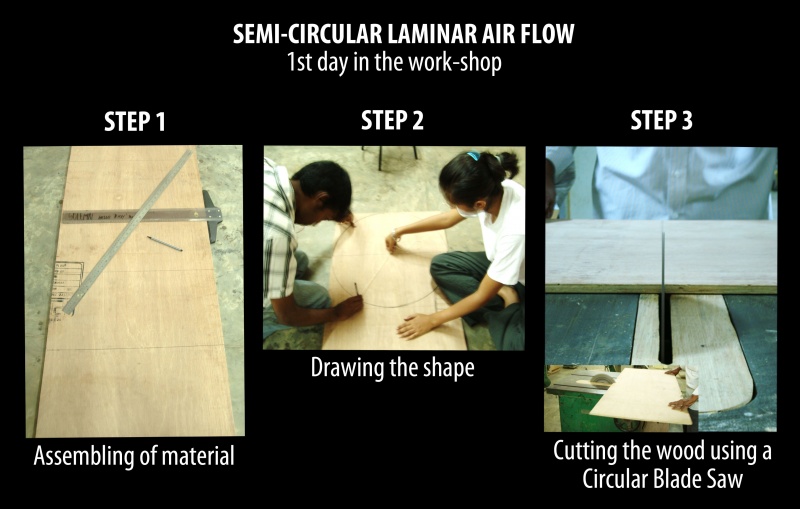 In the morning we watched artists working with the life sciences •Symbotica university of western Australia •STELARC •Critical Arts Ensemble. After that we all got divided into 3 groups with 4 members each. Achala, Akshaya, Sohil and I formed one group. We had to write down our crazy ideas on a chart and later on select one and give a detailed presentation the next day. A large portion of the day was spent in research and changing ideas, as we found that our ideas had already been done before. Later on at night Sohil came up with the idea of growing grass instead of hair on cows but when Achala talked about this to Aaron he told us to work at the basic level. Then we decided to merge plant and animal cell creating a hybrid of both. After doing hours of research on both types of cell, we still couldn’t figure out how to go about it. I finally gave up on researching and went to bed at four.

Today, we were told to work and research more on our previous idea and again give a presentation on Saturday. While doing our research we came across some very interesting information: First: The Russian media had reported, that a man who complained to doctors of severe chest pains was told he had a fir tree growing inside his lung. Reports say Artyom Sidorkin, 28, from the Urals region of Russia, is believed to have inhaled a seed which then sprouted inside him. The 2in (5cm) spruce was said to be touching the man's capillaries and causing severe pain. Before removing the major part of the man's lung, the surgeon investigated the tissue taken in a biopsy. 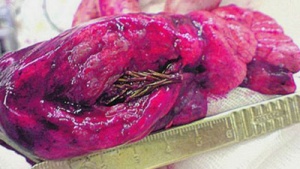 Second: Elysia chlorotica is a lurid green Sea slug, with a gelatinous leaf-shaped body. Sea slug photosynthesises with genes "stolen" from the algae it eats. E. chlorotica acquires chloroplasts - the green cellular objects that allow plant cells to convert sunlight into energy - from the algae it eats, and stores them in the cells that line its gut. But a mystery remained. Chloroplasts only contain enough DNA to encode about 10% of the proteins needed to keep themselves running. The other necessary genes are found in the algae's nuclear DNA. "So the question has always been, how do they continue to function in an animal cell missing all of these proteins". 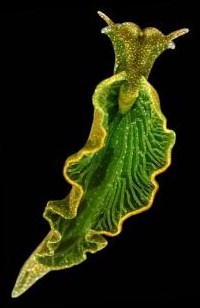 Giving up on research, we came up with our own theory of growing grass on the cow, neglecting the scientific approach to it.

We watched a movie called "The Fly" by the Canadian director David Cronenberg's. It’s a spectacular story about what happens when a scientist (who has a strong urge to do “something that will change the world and human life as we know it”) proceeds with his extra ordinary project with confidence and pride, but it goes unimaginably awry, as the confused telepod computer merges the scientist with an ordinary house fly at the molecular-genetic level. I personally found the decay process very interesting. Brundle looks different in every scene of his transformation, a hybrid creature that is neither human nor insect (Brundle refers to as “Brundlefly”). 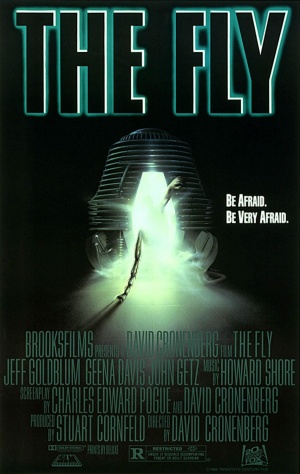 In the morning i read a paper on Intercellular Nanotubes Mediate Bacterial Communication. Gyanendra P. Dubey and Sigal Ben-Yehuda at the Hebrew University of Jerusalem, in Israel, genetically altered Bacillus subtilis bacteria to make them manufacture green fluorescent protein (GFP), which glows under blue light. When "wild," nonfluorescent B. subtilis were grown side by side with the altered ones, they also glowed, indicating that the GFP molecules had migrated to the wild bacteria.Zooming in with an electron microscope, the scientists discovered connections between the bacterial cells. They identified them as nanotubes.

The paper highlights: • Intercellular bacterial communication mediated by nanotubes bridge neighboring bacterial cells • Cytoplasmic molecules are exchanged between neighbors via nanotubes • Cells acquire new hereditary and nonhereditary features by molecular exchange • Nanotubes provide a network for molecular exchange within and between species. The researchers showed that these nanotubes connect bacteria of the same and different species. Via these tubes, bacteria are able to exchange small molecules, proteins and even small genetic elements (known as plasmids). 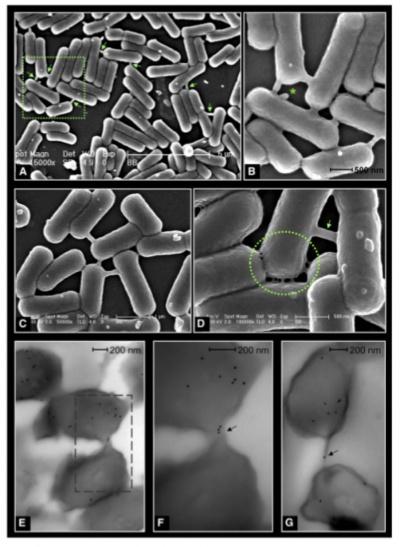 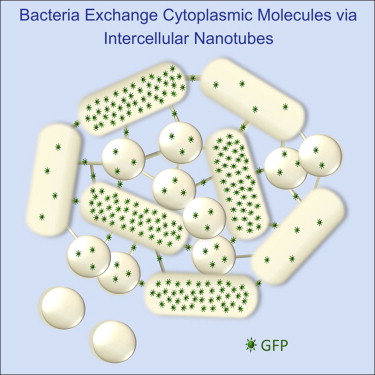