It seems a much more common thing than one thinks... Easy to find on rotten fruits, in beer or wines, simple to isolate and ready to use for edible products etc. Kombucha brewers welcome! While kombucha is a complex symbiotic mixture of different organisms, other pure cultures can be isolated of cellulose producing bacteria, usually in the family of Acetobacter xylinum or related, now taxonomically called Komagataeibacter xylinus. 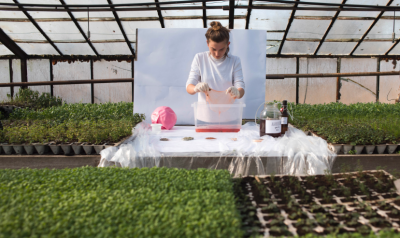