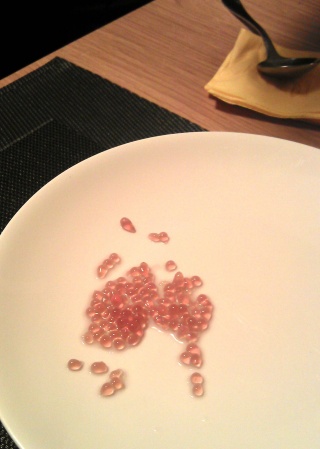 in May 2012 Anyma research week in Fribourg (CH) 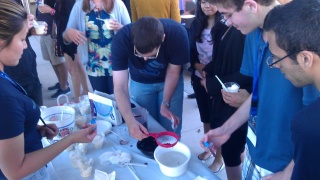 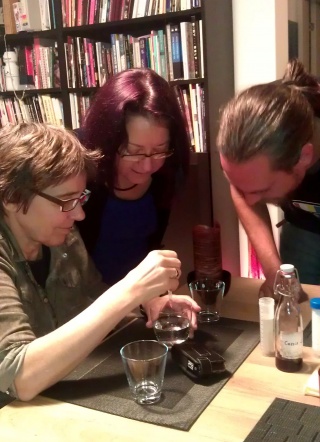 Spheres as eggs and machina mundi: where to place present molecules, cells, vesicles, coacervates, microspheres etc. and what cosmology and theory of love their represent?
While the creation myths around the world often use the image of an egg to explain how order and cosmos are created out of some primordial chaos and water, later theories of the spheres, very common in western cosmologies, work with the Euclidian space of centers, hierarchies and parts to describe the elaborated clockwork behind some “machina mundi” (Sphera mundi , Scarobosco’s early 13.century manuscript). The story of the egg is messy one defined by irreversible transformations involving water, sky, dirt, and animals, while the later cosmological spheres are clean, symmetrical and hierarchical and clearly distinguish the eternal, rational and perfect from the sublunar world of imperfections, transformations and messiness. While the creation myths involve incest, various sexual taboos, and metaphors of conception and birth, the later spheres embody the ideal of an intellectual love, love as a form of perfection, where the first “mover” behind all spheres (close to the fixed stars) represents the ultimate form of love and reason at the same time. All spheres (of planets and the Moon) move as efficient causes “in ratione amantis et desiderantis” (by thinking and desiring the first), and this “primum mobile” (which moves but is immovable) is like some 18.century Libertine, a type of Casanova, who can seduce anything without falling in love. This cosmology and theory of love, in which spheres are lovers “moved to assimilation with the beloved”, goes back to Aristotles’ “De Caelo at Mundo” and a definition of the first mover as an object of love and desire (Arist.Metaph. XII, 7, 1072a23-27) by celestial bodies that even have senses and poses imagination and fantasy to be able to assimilate to that perfection from which they also originate (Simplicius, Petrus de Arvernia, all references http://tiny.cc/qssuew). The whole issue with nature is rather strange because the non-perfect movements (similar to the births of twins) are in the view of Aristoteles and his commentators a case of “praeter naturam” (rather than contra naturam) , exceeding the natural and the common, belonging to a different order. The later bizarre discussions on whether there can be a type cosmological polygamy (many things can desire the one) potentially leads to the idea of multi-universe, many universes, modeled after and desiring the prima mobile, which probably opens the door for the most revolutionary and heretical view of the infinite universe bringing the end to the hierarchical view of the clockwork (Giordano Bruno, Nicolaus Cusanus).

Hieronymus Bosch's Garden of Earthly Delights (triptych around 1500) is fascinating piece because it contains both of these cosmological ideas of spheres and eggs. The exterior panels show the world as a perfect sphere before the appearance of humanity, a bit lonely in the dark, without the usual hierarchy of spheres (before the Sun and the Moon). The interior panels show the most extreme plurality of spheres that are often broken or in some process of transformation; we see not only eggs, laboratory alembics, retors and similar alchemist glass containers, but also strange membranes etc. This explosion of spheres goes against the usual search for what is in the center of the universe and prepares our imagination for something even more radical than Bruno’s infinite universe. Here we see hybridity, process, transformations similar to some indigenous creation myths rather than philosophical discussions of what is in the center and what hierarchy and movements are part of the universe. It is a universe of lust, with wild eroticism, and all forms of love. In this sense, it is a vision of the universe that does not reflect only upon the macrocosm but also the molecular and cellular life, more like a premonition of the spheres that will come and that are less than perfect, that are complex rather than infinite and that often contain even more complex spheres inside (organelles, molecules etc.) without analogy or symmetry, refusing the metaphysics of form and substance, closer to atomism and ideas of chance.
In order to understand our new cosmology of minimal but also complex spheres, which we can study but also create (all these molecules, cells, vesicles, coacervates, microspheres), we decided to use spherification techniques and to try to design a version of Bosch's Garden of Earthly Delights like a catalogue of what is possible in terms of spheres today. Some of our spheres are eatable, other are perceived only by microscopes, some target taste buds other just molecules, we even tried to prepare a micro-meal for microorganisms entrapped in a type of mini-aquaria and systems. The three containers mimicking the original triptych are an early reflection of the importance of spheres for our idea of origin or the organic life but also present experiments in molecular gastronomy but also drug targeting systems and research in nano-bio technologies. Humans making spheres on all scales are like gods because they can create self-enclosed systems, model systems, influence and let these systems and spheres interact.